A Colombian geeking out in the Silicon Valley

I’m Juan Camilo Ruiz, technologist and computer sciences professional from Bogotá, Colombia-living in San Francisco. Product at Moovweb, former product at Oracle Development Tools. Love technology, love to learn, welcome to my playground. This blog contains my personal opinions and don’t represent anyone but me.

JIRA is a popular tool for managing software product projects. In my role as Product I’ve been an active user of this tool as well as Trello, Pivotal Tracker among others in the last few years and, have found different ways that these tools can be used for organizing our product development cycles.

The tools are only the channel used by the organization to have a central location where the engineering teams tracks product implementation tasks, level of effort, bugs and, escalations. At the same time, the Product team uses the tools to communicate current features that are implemented, prioritize new features, plan out new releases and even define product roadmaps.

But as with any tool, if you don’t proactively maintain the information, it quickly becomes outdated and easily forgotten. In this article I would like to describe how I’ve use JIRA as a Product within the software development lifecycle.

Getting Octopress Up and Running in OS X Yosemite

I started working on a new computer and it didn’t have any of the pre-requisites to work with Octopress installed, it took me a good amount of time to get everything up an ready. In this post I explain how to get Octopress up an running on OS X Yosemite.

It’s been a while since my last post. With Q1 almost over, it was long overdue to have a new post out the door by now. I originally started this post at the end of 2014, but finally I was able to make the space to complete it and finally publish it.

2014 was a really interesting and enlightening year for my product management career. It marked the year that I got fully exposed to the rollout of Scrum at the organization that I currently work on, we started from scratch and now, a year later I realize how much progress we’ve made and how much it has helped me and my team to define good practices and processes on how we built software.

The New Era of Colombian Innovators Is Here 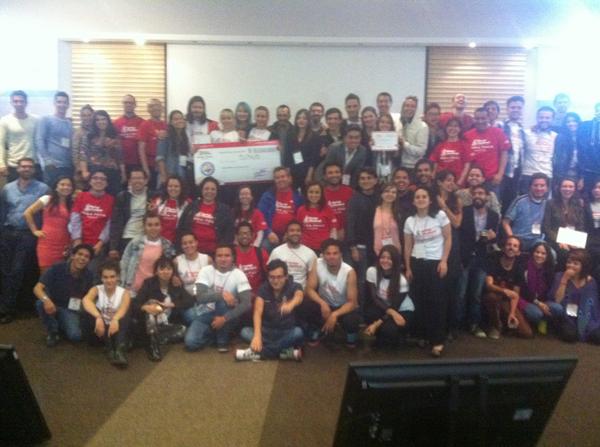 In recent weeks I’ve virtually followed 2 StartupWeekend events that took place in Bogota, Colombia that gave me a general ideal about the growth of the innovation ecosystem in the country and the new blood of entrepreneurs.

I noticed something that is establishing as a strong and valid alternative that attracts young generations to come up with a fearless attitude and bring fresh and new ideas to improve the way things work in the country/city/communities. In this article I’m going to offer my negative and positive impressions together with resources that are useful for anyone that wants to followup on this.

A New Theme and Performance Added to the Blog

This week I started looking at how to modify or replace the “classic” theme that comes off-the-shelf with Octopress. I was positively surprised when I found the glorious 3rd party Octopress themes. I took the time to check most of them and it was great to see a consistent high-quality around most of them. Also, how easy it was to add them into the blog. On top of that, I added a few experimental performance settings to speed up the blog using the limited free infrastructure. Read on to get more details.

I use RVMs to run ruby applications such as this blog and @Moovweb’s pre-release software built via ruby gems.

A friend of mine and I are going to try to work on a Rails application, which is a good opportunity for me to understand the technology behind so many apps nowadays.

As I was getting my environment ready, I ran in some issues on a couple of computers that I had recently updated to Mavericks update 2, this is what happened. I advice that you read the end of this post first… trust me.

Traveling to Bogota? Here Are My Recommendations Part 1

I’ve been asked in various occasions for recommendations and tips when traveling to Colombia. The people that know me, are aware that I talk a lot about Colombia and about my life growing in Bogota.

Conversations about Colombia, often end up in someone knowing someone that have been to Colombia or is planning to go to Colombia. And often, I end up volunteering to provide tips, guidance to get what I consider, an awesome experience while in my Country.

So instead of continuing sending out individual messages with recommendations about Colombia, why not posting them out there in the Internet so other could potentially find them? So here they are, let’s start with my city: Bogota

The No-Cable Era: A Geek’s Perspective

It’s been almost 4 years since I cut cable tv at home. For some, it could sound as if I’m being cheap but, the reality is that I’m not alone as I keep on finding more and more people that decide to stop paying for cable mostly becuase there is no more a percived benefit from such service.

If I have to admit something what I’ve missed from cable tv in these years, maybe certain live sports events, awards ceremonies, season finales, etc. Yet, I’ve noticed that many of these events are aired on public tv channels. That in my mind means: not need to pay for a service where a lot of time is spent watching channels that have already free access.